I swatched a few Coze Nail Polishes back around Christmas time. They’re a fairly new UK indie polish brand and Bex has released some pretty incredible collections in her time as an indie maker – including the new A Dance With Dragons. This collection is based on Game of Thrones, of course, and had some absolutely beautiful polishes in it. Unfortunately, at the time of release, I was pretty tight on money so I decided just to get the 2 based around my favourite characters, who I’ve been rooting for since first reading the books! 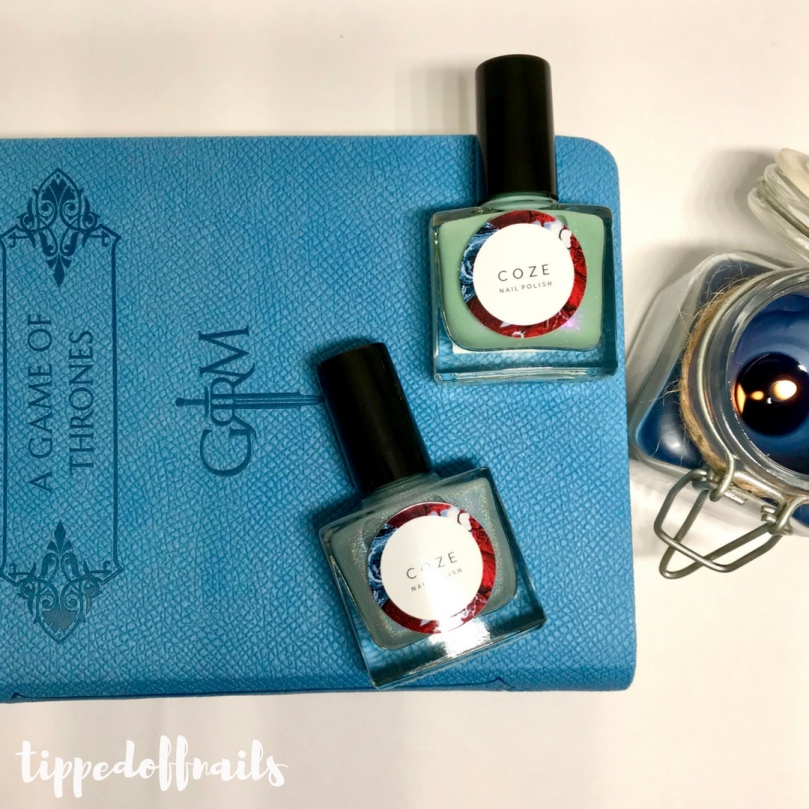 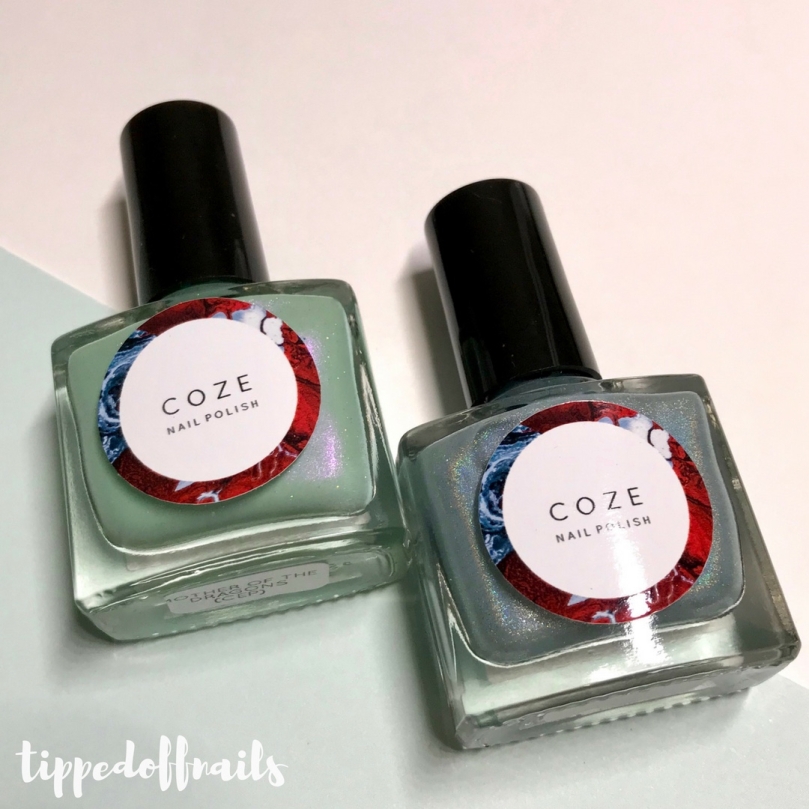 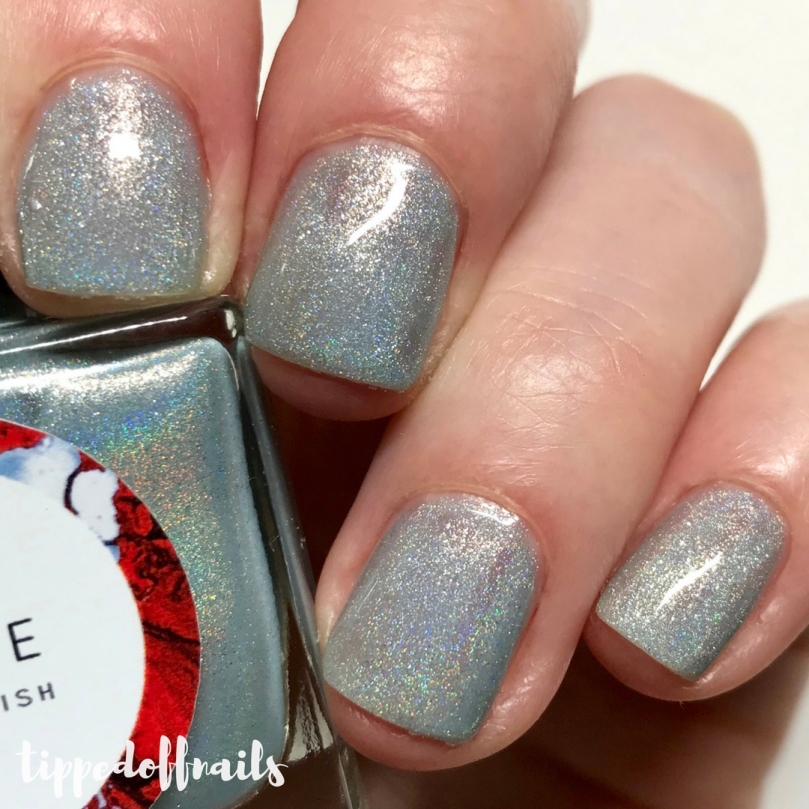 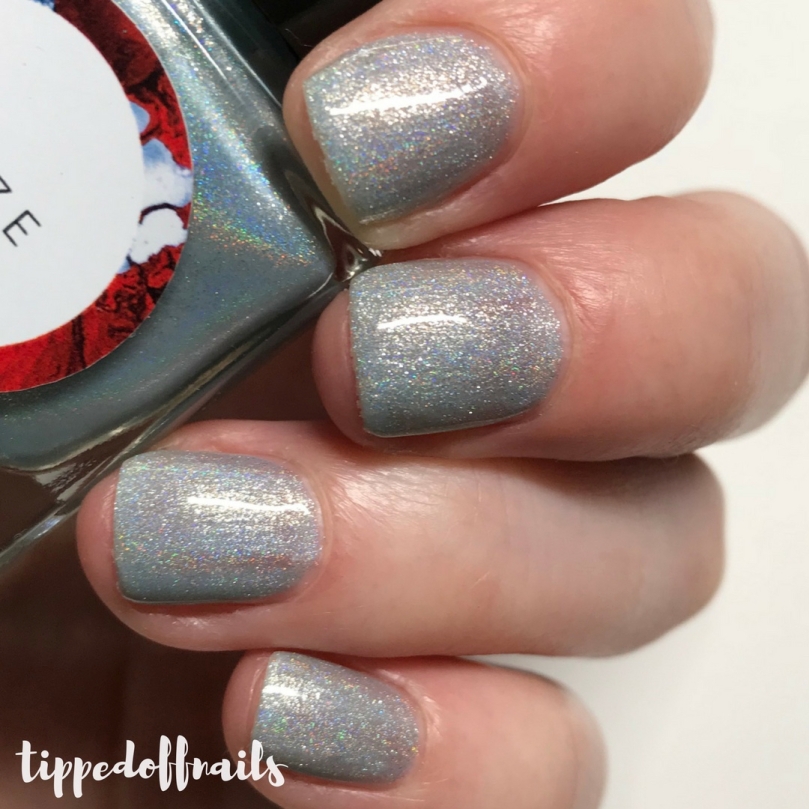 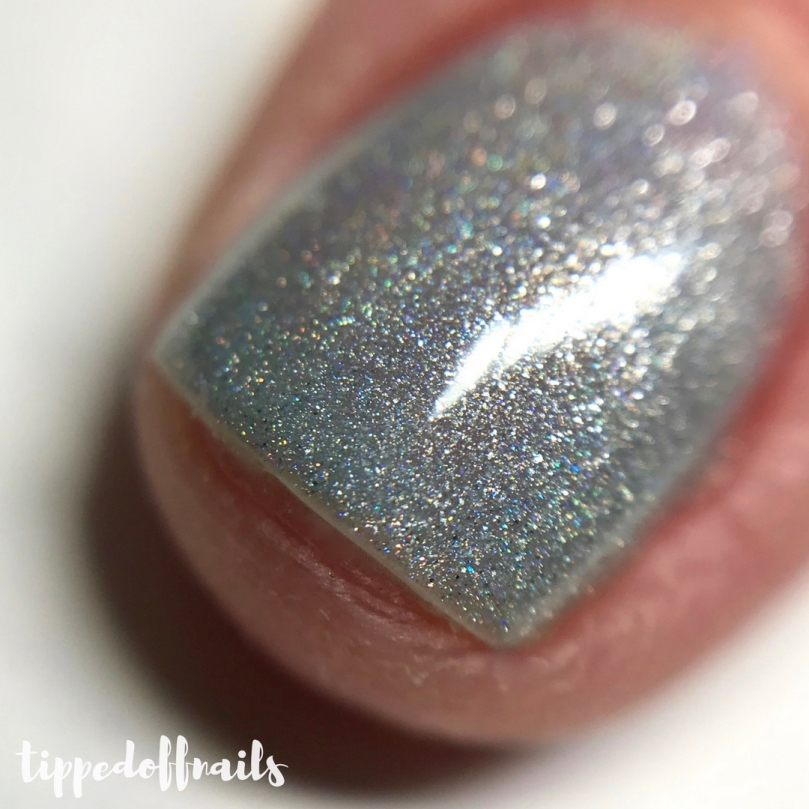 Okay, so this one isn’t quite based on Jon Snow but there is a link… The Night King is the leader of the White Walkers, who Jon Snow has been up against for most of the storyline! This polish is a beautiful ice blue linear holo. 2 coats shown.

Mother of the Dragons 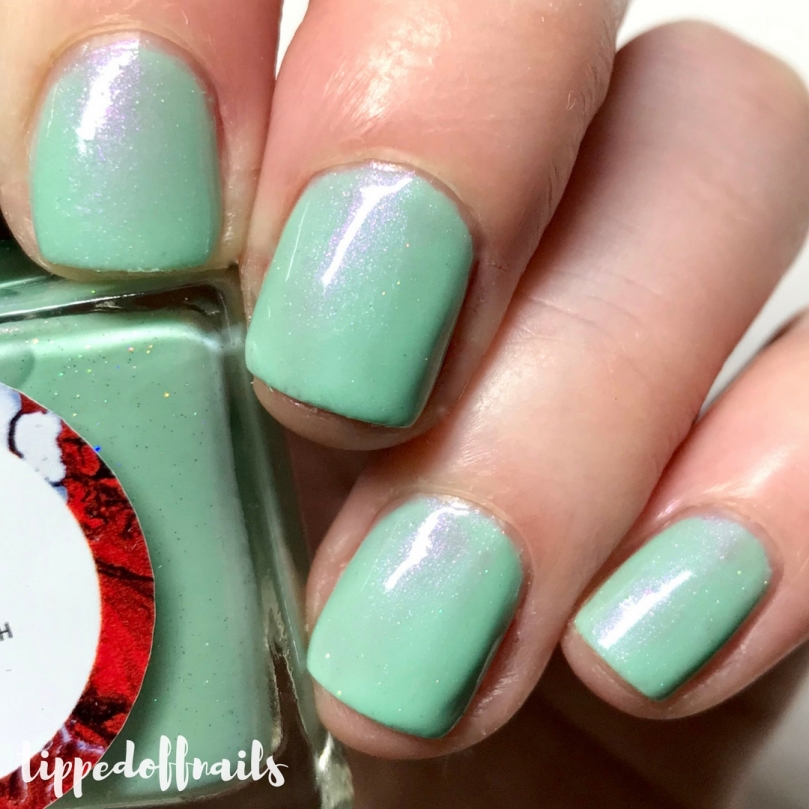 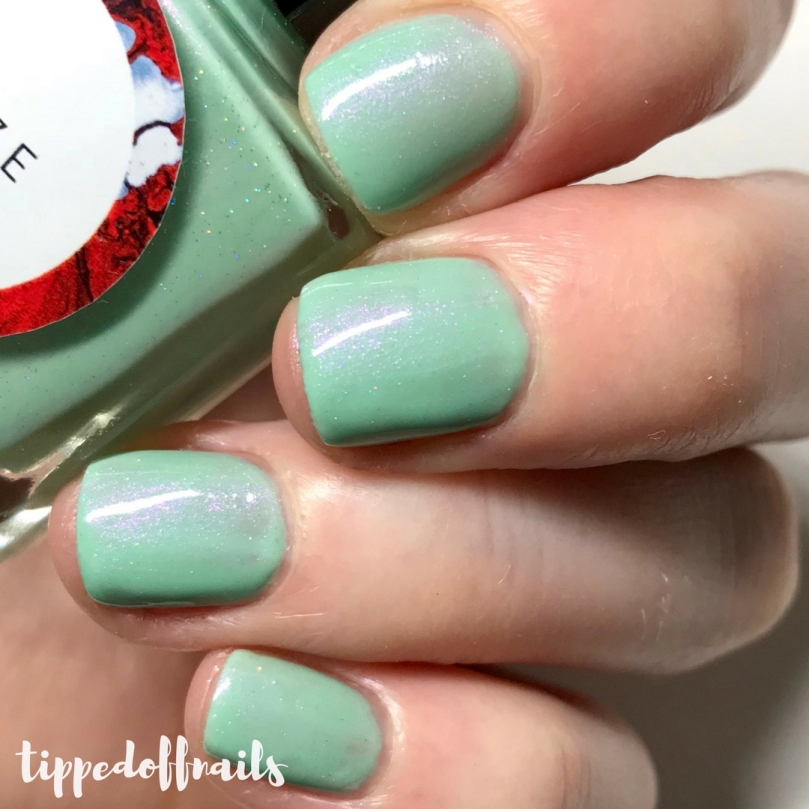 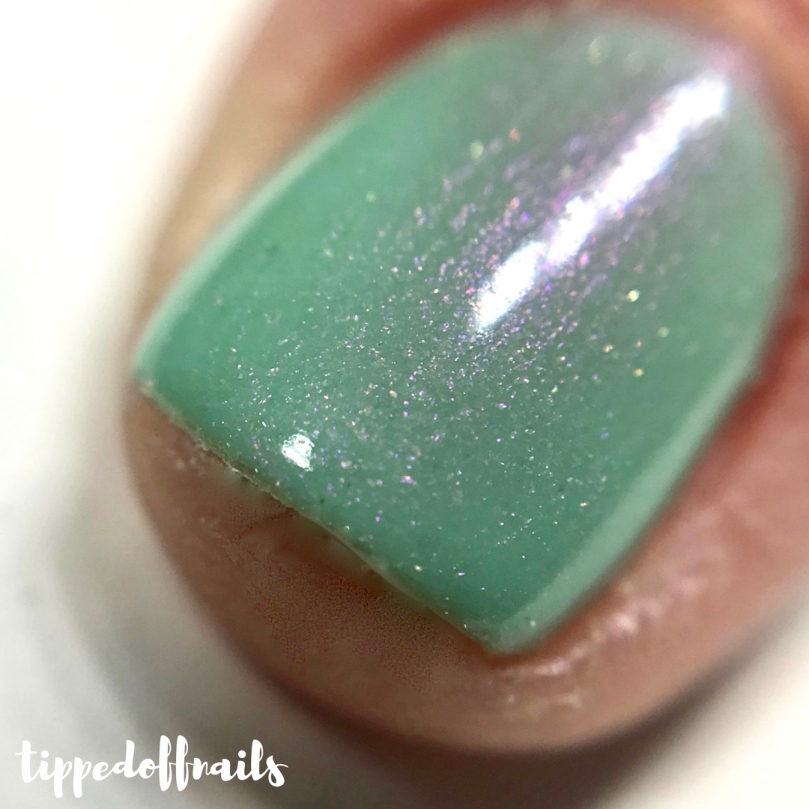 If you have so much as heard of Game of Thrones, then you’ll know this is based on Danearys Targaryen – i.e. Daenerys Stormborn of the House Targaryen, First of Her Name, the Unburnt, Queen of the Andals and the First Men, Khaleesi of the Great Grass Sea, Breaker of Chains, and Mother of Dragons. Quite the name! This pale green polish has a pretty pink shift and scattered holo sparkles. I thought this one would look so pretty matte (which it does!) but you kind of lose the pink shift… 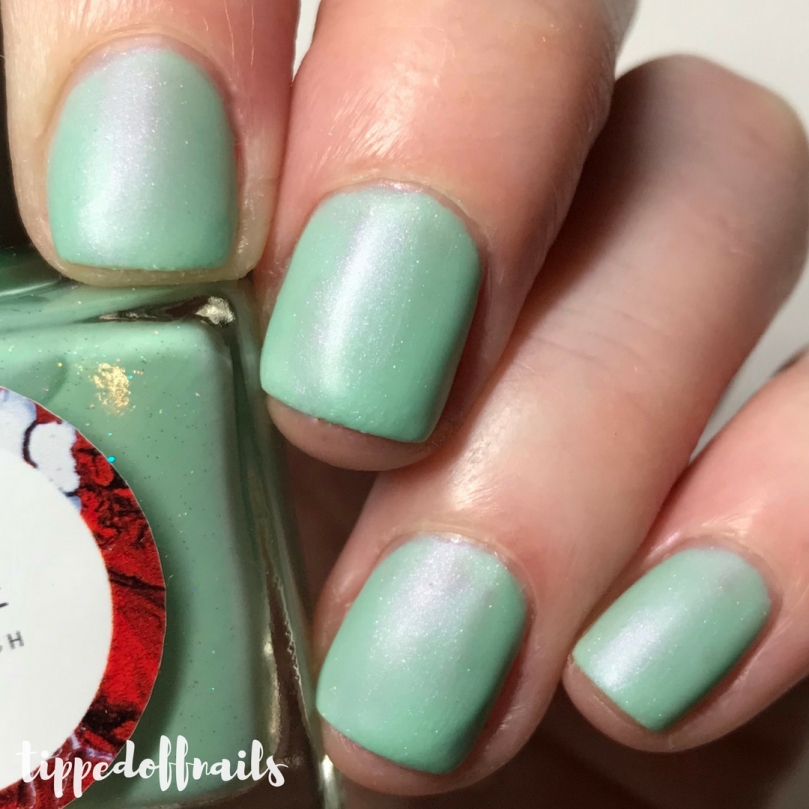 Such a beautiful duo of polishes from the collection. They cost £7 each, which is very reasonable for an indie polish. Head over to the Coze Nail Polish website to see all the polishes available. Some may now be sold out and I’m not entirely sure if there will be a restock!

This site uses Akismet to reduce spam. Learn how your comment data is processed.